DBPR has received notification of an employee rights poster scam targeting licensees. If you receive a suspicious letter from someone claiming to be the Florida Human Resources Compliance regarding a fine, please disregard the fine and contact your local law enforcement agency immediately. For questions regarding the status of your license, please call our Customer Contact Center at 850.487.1395. 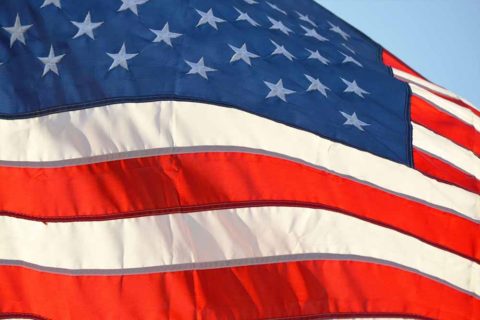 DBPR offers several programs for active duty military members, veterans and their spouses to help them gain a license in Florida. To learn more about the military benefits offered by DBPR, visit the Military Services Page.

The assessment was conducted to determine if mold growth and other microbial amplification sources were present within HVAC systems (air handling units and ducts) and occupied areas of DBPR leased offices at the Northwood Centre. Based upon internal inspections and sampling of HVAC systems and carpet dust samples the following conclusions have been made. Additionally, air samples to evaluate air concentrations of PCBs in offices were taken.

To view the complete report online, please follow this link:

Secretary Lawson said, “The health and safety of DBPR employees is our number one priority. Given Dr. Krause’s findings, it’s clear that our leadership team made the right decision to move our employees out of the Northwood Centre as fast as possible. By moving to our new locations, we have ensured the safety and well-being of our employees, and will continue the department’s great work of licensing efficiently and regulating fairly.”

TALLAHASSEE, Fla. – The Florida Department of Business and Professional Regulation (DBPR) partnered with local and state agencies, as well as the Capital Area Chapter of the American Red Cross to participate in the “Build Your Bucket” event on Saturday, June 18, 2016.

Two representatives from DBPR’s Division of Regulation attended the event to inform consumers of the dangers of hiring unlicensed contractors to do work on a home or business after suffering storm damage. Over 500 people visited the DBPR table to learn how to protect themselves against unlicensed individuals. DBPR provided informational flyers in each bucket with tips on how to avoid unlicensed contractors in the event of a natural disaster and how to report suspected unlicensed activity.

Unlicensed activity is against the law and occurs when an individual offers to perform or performs services that require a state license and the individual does not hold the required license. Florida law sets specific rules and guidelines for obtaining professional licensure and the people who have met these requirements are held to professional standards.

The “Build Your Bucket” event directly followed DBPR’s 2016 Unlicensed Activity Awareness Week (June 13-17) in which the agency partnered with the Florida Better Business Bureau to inform consumers of the dangers of unlicensed activity.

LAKELAND, Fla. – The Florida Department of Financial Services’ (DFS) Division of Insurance Fraud (DIF) today announced eight arrests following a multi-agency undercover workers’ compensation sting in Polk County. These eight individuals advertised their ability to perform wide-ranging plumbing and electrical work without proper licenses or training, and without having workers’ compensation coverage to protect their employees in the event of an accident or injury.

During the three-day operation, DIF detectives, accompanied by logistical and tactical support from multiple agencies, established an undercover sting in an effort to stop this illegal practice. Detectives responded to public advertisements created by the defendants, requesting that they perform services at a specified location in Lakeland.

“Operations like this pull back the curtain on fraud in Florida, showing that if an offer sounds too good to be true, it probably is,” said CFO Jeff Atwater. “Always ask questions, require all offers in writing and verify the credentials of every individual who may provide goods or services before any work begins.”

Those who were arrested include:

When individuals knowingly neglect the law, they create a liability risk for property owners by performing sub-par work and by potentially leaving property owners responsible to cover medical costs if an uncovered worker is hurt on their property.

“We’re proud to have worked alongside strong state and local agencies to conduct the sting in Lakeland, and we will continue to be proactive in our efforts to protect Florida’s consumers and licensed professionals,” DBPR Secretary Ken Lawson said. “Unlicensed contractors lack the necessary training, qualifications and insurance to complete a job in compliance with building codes and often leave consumers responsible for additional costs to repair substandard work. At DBPR, we’re committed to bringing these unlicensed individuals into compliance with the law and mitigating the potential for consumer harm”.

Lakeland Police Chief Larry Giddens said, “We must be vigilant and continue to crack down on those who are contracting work illegally and working without a license. Unlicensed contractors place our citizens at risk and threaten the livelihood of our law-abiding contractors and their employees”.

Of the eight individuals arrested seven were booked into Polk County Jail on charges of workers’ compensation fraud and unlicensed contracting. Raymond Purdue carried adequate workers’ compensation coverage but failed to hold a business license. He was charged with unlicensed contracting and was also booked into Polk County Jail.

These cases will be prosecuted by the Office of State Attorney Jerry Hill, 10th Judicial Circuit. If convicted, all eight perpetrators face up to five years in prison, more if found to be a repeat offender.